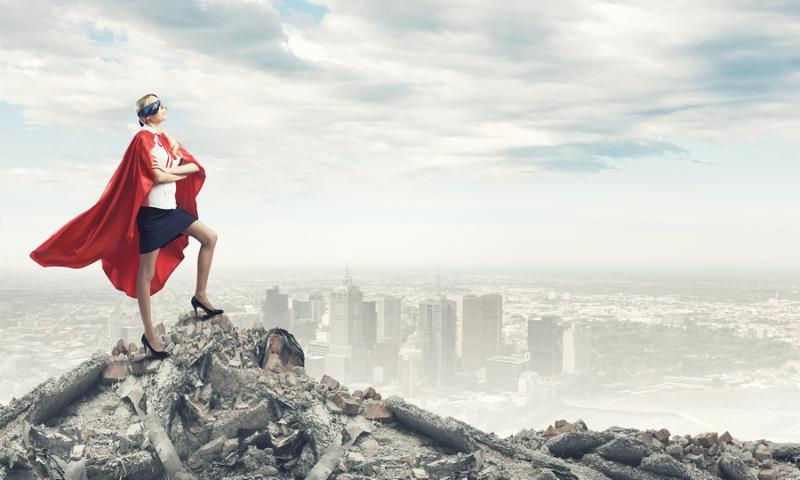 They held each other's hands and reached Arya Samaj – a small temple. There were three of them – she, her partner & a pandit who followed all the marriage rituals. They got married in no time, and she was proudly wearing Mangalsutra, a necklace an Indian woman wears after getting married. There are many couple who get married against their parent's will, but there are very few who decides to get married in the morning & actually get married in the same day afternoon. Seema & Chinmay belonged to the later bunch of people.

Their story started in November in 1996, when they met each other first time. Seema used to be quiet & would listen & follow what others are telling her. Her husband now, Chinmay, was a risk-taker & the one who followed his instinct on every occasion. They fell in love. Seema's family was looking for a groom for her & she wanted to get married to Chinmay – something her family was not approved of. One day morning when Seema & Chinmay met, she mentioned to him that she may get married to someone else soon if they both didn't do anything about it. So, the same day, a decision was taken to get married. They got married in a few hours; it was a month of March in the year 2000.

After getting married, Seema continued living at her grandparent's place. She lived there since her childhood as both her parents were working. Her grand-mother was supportive of her decision. For Seema, her grandparents were like her parents. She shared her life with them – nothing was hidden from them, and they gave abundant love to her in return.

Her husband continued living in his own house. They both arranged a reception ceremony in December 2000 when her family accepted him as their son-in-law & their married life formally started. But there was hidden sadness; for the world, her family had accepted them both but the reality was different. Seema had no communication with her family for years, she faced some financial stress during the same time, and there were additional responsibilities after marriage. Their life was challenging, but they both had each other always. Seema respected her mother-in-law & her mother-in-law equally loved her in return. She was considered as a responsible and caring daughter-in-law.

Seema gave birth to her first son, 'Nishank' in 2003. The arrival of new family member helped resolve some hidden disappointments between Seema & her family & she developed a strong bond with her father - something she could not develop in all the past years.

In 2006, they both left India and settled in Australia. Her father helped them both in their Visa Processing. Eventually, they both started working in Australia. She lost her father during these years, and she considers it as her most significant loss ever. In 2011, she gave birth to her second son, 'Anish'.

While they were well settled and living their life to the fullest – an idea came to their mind one day – an idea that changed their life for upcoming years.

It was their wedding anniversary; Seema & her husband were celebrating it in a restaurant on a cozy dinner. In some time, a DJ started asking all couples to come on the dance floor. They both saw it as a threat to their comfort zone & decided to engulfed in a serious discussion so that they would not be called for dancing. When they were acting of having a serious talk, Seema mentioned about moving to the US. The conversation turned out to be a serious one, and they both decided to take the next actions. The same night when she went home – she started searching for jobs in the US online.

After a month, they were traveling to the US with their kids & Seema already having a job in-hand.

Their stint in the US was equally adventurous.  When they were both adjusting to the weather, situations, and routine in the US, her husband fell sick. He was admitted to the hospital & diagnosed with one of the deadliest diseases. He was not well for three months, and she took care of her kids and her husband without leaving her job. She remembers her stint in the US as hard, but she learned from it – she realized the significance of relationships & the depth of her love for her husband.

After living in the US for some Six years, they returned to Australia in 2016.

Her kids are now grown up, and they consider their parents as their friends. For Seema, her elder kid 'Nishank' is her strength & her younger kid 'Anish' is her weakness. She tries to be the best mother to her kids; she developed a different perspective towards life after she became a mother. She even gets her elder one ready when he goes out to hang out with his friends, that's a kind of bond she has created and maintained with her kids.

They form a healthy family, a family that understands, supports, encourages, and protects each other.

She also says that her husband Chinmay takes risks – sometimes calculative & sometimes non-calculative. But she acts as a net, his savior if he drowns too much in the dangers. When they first met in 1996, Seema was little submissive and quiet & would always follow what Chinmay said. But with time she developed her opinions and Chinmay helped her do that. She became fearless and faced her challenges with the courage. They are both opposite, different, but they both complete and complement each other.

As a couple, all their decisions have been spontaneous. They did not care about the consequences and followed their instinct.

I see Seema as a decisive, independent & a fearless woman who has seen many ups and downs in her life and who stands as an inspiration for those women who fear to take THAT NEXT STEP!